Anthony Mackie’s has made several new fans for his show The Falcon and The Winter Soldier on Disney+ but his own four kids aren’t impressed with his dad even after becoming the new Captain America.

The actor, appeared on Thursday’s episode of Late Night with Seth Meyers where he shared about his four sons, that they have watched the Disney+ show — but not by choice.


“I assume, you’re in the superhero game, that your kids would go crazy to watch your work, and yet they’re not into the Marvel stuff,” Meyers began the conversation.

“Nah, not at all,” Mackie explained of his sons, who are in the age from 4 to 11 years old. “We’re a board game family so I had to force them to watch The Falcon and the Winter Soldier.” 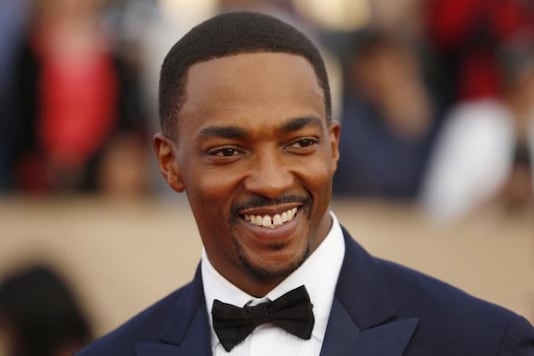 Previously, Anthony spoke to Entertainment Tonight about his journey as the new Captain America and shared his Kids reaction to the same.

Anthony tells that his younger sons didn’t recognize him in his Captain America suit up and had a rather funny reaction to it.


“They looked at the screen and go, “Dad! The guy looks just like you!” And I’m like “I know.” And the five-year-old goes, “He sounds like you, too!” They can’t put together that I’m on TV and the couch at the same time. So the little one goes, “You know Dad, you can be Captain America!” I was like, “Thanks, man, I appreciate it”

“They’re pretty much really not into me as an actor at all,” Mackie said. “It’s shockingly funny how much they couldn’t care less about me being in movies.”

The actor added says, his kids might be more excited about his job if it involved playing video games online, like their favorite streamers on Twitch channel.

Related Topics:Anthony Mackie kidsDisney+MarvelThe Falcon and The Winter Soldier
Up Next